I am in commission mode for a few months. If you've read my blog or visited my website, you will have noticed that I do a fair amount of custom paintings. All of them are enjoyable, some are more enjoyable than others. This one I just finished was of a cat named Cooper. His owners are almost as quirky as a normal cat which made the process and the painting very fun!

When I went to Cooper's home to take photos, he was nowhere to be found. Evidently he is a very socialable sort and has made friends with all of the neighbors, so he is often off visiting. After a lengthy spirited search, they found Cooper in a hideaway in the basement. I guess he knew the photo shoot was about to happen! Cooper was not at all pleased about getting his photo taken! According to his "mum" she wanted him to look normal, ie. possessive and somewhat annoyed, so that worked out just fine. She also wanted his cat scratches and armchair tears on his favorite red chair in the painting. The rest of the painting would be her favorite flowers-star gazer lilies, Cooper's family portrait, a red mini-cooper (how perfect is that!), and a view appropriate to their northwest home.

It now hangs in the foyer so you see it as you come into the house. The family loves the colors, and Coopers reigns supreme, as it should be.

It is nice to be able to take my own photos and see critters in their "habitat". That made this painting go so smoothly and it was so much fun to see how much they adored this little furry creature that adopted himself into their home. I learn so much about the family and animal by just visiting and taking photos. If a subject is too far away, I like to get a selection of photos of your animals and home so I can get an idea of what you surround yourself with on a daily basis. A companion animal makes a home more a home. I like to paint the whole story. Sometimes folks are sheepish about having their animal painted, but I say, "That's nothing, I paint my dog at least weekly"! Dogs and cats bring out an adventurous and creative side. There is often an openess to colors and patterns that would not be in "normal" portrait type painting. It is also nice to not have to hide a percieved flaw...I don't have to make them an idealized version of dog or cat, they are beautiful just as they are.

Well, enough rambling about my favorite subject. Dog and Cat painting!!!! Back to the easel!
Posted by Unknown at 10:43 AM No comments:

Find my designs in:

Find me on ETSY 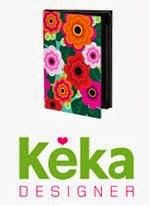